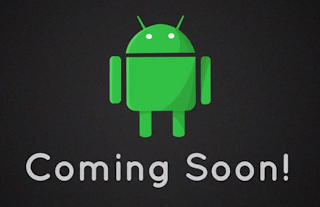 The makers of AniMoby announced several weeks ago that the application would be released for Android Tablets in the Google Play Store in the month of October. However, programming obstacles arose which prevented the scheduled release. AniMoby programmers now schedule the release for mid-November.

"Concerning the delays, we apologize to all the people who were waiting for the release," said Fernando Koyanagi, CEO of Appsis Tecnologia (makers of AniMoby). "However, I am nearly one hundred percent sure we will be in the Google Play Store in a few more days. The wait won't be long."

Chief Android Programmer at Appsis, Kaio Soares, agreed with Koyanagi, and stated the issues that prevented the release will be easily overcome.

"We wanted the app to undergo another round of tests - all part of an effort to ensure the app was functioning in the most optimal manner possible," said Soares. "I am just as excited as anybody to get this app in the Google Play Store, but I won't be satisfied if it's not perfect. And I certainly know the customers feel the same way."

Soares stated he has a high level of confidence that the app will be functioning in this "optimal manner" upon release a few weeks from now.

Koyanagi is anxious to get the app in the Android market, which will allow more teachers around the world to access AniMoby and take advantage of its many educational benefits, such as flipping classes.

The version of the app for iPads recorded more than 25,000 downloads in its first few weeks in the iTunes App Store.

"With a rapid pace, AniMoby became one of the hottest selling, most talked about EdTech apps in the iTunes App Store," said Koyanagi. "The app is helping thousands of teachers to flip class for the first time. The app is enhancing education worldwide, and we hope our release to the Google Play Store continues this process."